The Reserve Bank of Fiji (RBF) has today announced that it will implement a new market- based monetary policy framework with effect from 17 May 2010.
Under the new framework, the RBF will set an Overnight Policy Rate (OPR) to signal the stance of monetary policy. An increase in the OPR will signal a tightening of monetary policy while a reduction indicates an easing. The OPR, in turn, will serve as the target rate at which commercial banks will lend to each other in the interbank market. The OPR will be initially set at 3 percent with effect from 17 May and will be reviewed regularly by the RBF.

An important feature of the new framework is the disclosure of reasons for any widening of commercial banks’ interest rate spread from the current levels of 4 percent. In addition, the banks will be required to publish their Base Lending Rates (BLR), which will serve as a reference rate for the public.

According to the Governor of the Reserve Bank, Mr. Sada Reddy, “Under the new monetary policy framework, changes in the OPR are expected to be passed to other interest rates in the market, including commercial bank deposit and lending rates. Movements in deposit and lending rates are anticipated to influence consumption and investment activity and, therefore, economic conditions in the country. Changes in consumption and investment activity will, in turn, impact on prices and the balance of payments. We believe that this modern framework will improve linkages between the RBF’s OPR and other interest rates in the market and assist us in achieving our twin objectives of monetary policy – namely low inflation and adequate foreign reserves.”
Please refer to the attached for further details on the framework. 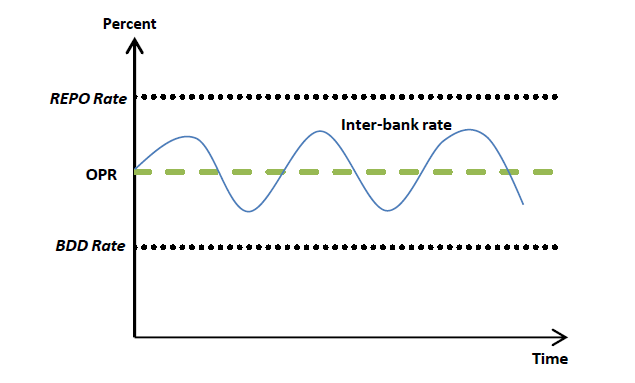