The story of the Reserve Bank stretches almost a century back to 1914 when the colonial Government took an important step in establishing the Currency Board with the sole right to issue notes and coins in the then Colony of Fiji. 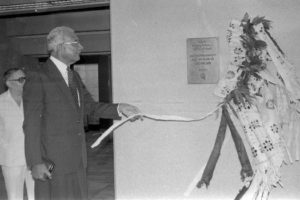 This function continues and, even today, the issue of currency is what the general public most commonly associates the Reserve Bank of Fiji with. However, a central bank does much more than issue currency.

As the Fijian economy developed, the Government realised the need for an organisation that went beyond the issuance of currency. Fiji’s gaining of independence in 1970 further cemented the need for an institution not only to control the young nation’s money, but also to supervise the banking sector and spearhead development through monetary policy. 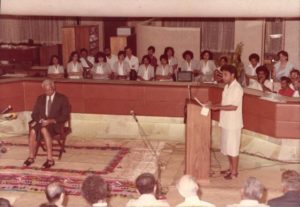 an enlarged role and with the aim to gradually evolve into a fully-fledged central bank. In the words of Mr David J Barnes, the first Chairman of the CMA, “the formation of the Central Monetary Authority came just when the reality of nationhood needed sudden maturity in a world that tended to qualify independence with interdependence.” 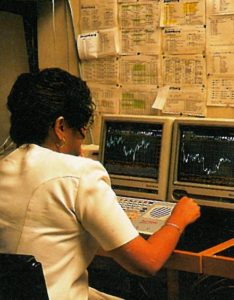 Therefore, the CMA supplemented the birth of a nation with a new and powerful avenue for nurturing development and maintaining independence in light of the heightened financial globalisation.

The CMA was tasked with regulating the issue of currency and the supply, availability and international exchange of money; promoting monetary stability; promoting a sound financial structure; and fostering credit and exchange conditions for the orderly and balanced economic development of the nation.

Change is of course inevitable and the Reserve Bank continues to evolve and over the course and has achieved many milestones and has continued to remain influential in Fiji’s development. The Reserve Bank has endured political upheavals, accelerated globalisation, changing structure of the domestic and global economy, innovation in financial products and markets and dynamic technology amongst others, all of which have affected its policy stances and course of direction. 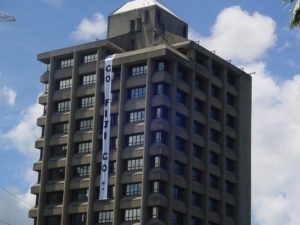 However, despite the changes, the Reserve Bank has continuously strived to meet its objectives. In its pioneering role of issuing currency, a number of changes and accomplishments have been made over the years. Fiji’s first currency of Pound notes were issued in1914 while the first coinage of pennies and shillings were issued in 1934 and later, in 1969, a year before independence, Fiji switched to decimal currency of dollars and cents. In 1995, a $50 denomination banknote was introduced while the $100 banknote was introduced in 2007.

A historic overhaul of the notes and coins was made in 2012 when the portrait of Her Majesty Queen Elizabeth II was replaced with local flora and fauna designs. Another milestone was reached in 2013 when Fiji issued its first polymer note in the $5 denomination. The changes over the years in Fiji’s currency have resulted in cost savings, improved durability, enhanced security features and promotion of Fiji’s biodiversity.

At the core of central banking is the formulation and implementation of monetary policy. In the initial days, monetary policy was implemented using direct controls, whereby limits were placed on commercial banks lending and the interest rates. Changes in the statutory reserve deposits were used to influence money and credit aggregates and ultimately inflation. However, from 1989onwards the Reserve Bank switched to a market-based approach by using open market operations and its own securities, called RBF Notes, to conduct monetary policy.