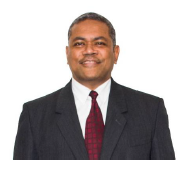 The Reserve Bank of Fiji is pleased to announce the appointment of Mr Esala Masitabua as Deputy Governor with effect from 1 January 2018.

During his tenure at the Bank, Mr Masitabua has assumed a number of senior roles and responsibilities, including acting as the Deputy Governor on several occasions. He has also represented the Bank and attended numerous specialised central banking training both locally and abroad.

Mr Masitabua holds a Masters of Business Administration Degree, a Postgraduate Diploma in Economics and a Postgraduate Certificate in Human Resource Management from the University of the South Pacific. He also holds a Bachelor of Commerce Degree from Griffith University, Australia.

In announcing the appointment, the Governor and Chairman of the Board, Mr Ariff Ali, stated that the Bank was pleased to have Mr Masitabua, a seasoned central banker assume this critical and challenging new role. The Bank looks forward to the contributions of Mr Masitabua and wishes him well.