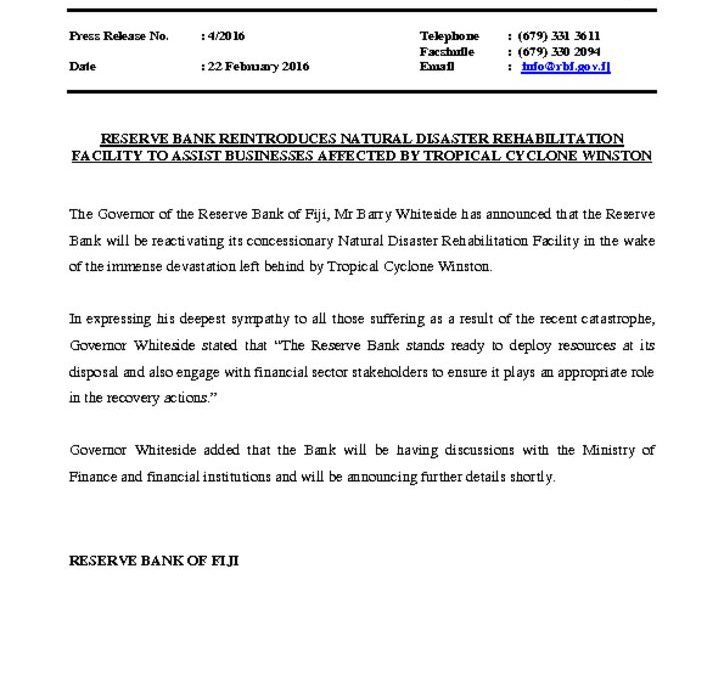 The Governor of the Reserve Bank of Fiji, Mr Barry Whiteside has announced that the Reserve Bank will be reactivating its concessionary Natural Disaster Rehabilitation Facility in the wake of the immense devastation left behind by Tropical Cyclone Winston.

In expressing his deepest sympathy to all those suffering as a result of the recent catastrophe, Governor Whiteside stated that “The Reserve Bank stands ready to deploy resources at its disposal and also engage with financial sector stakeholders to ensure it plays an appropriate role in the recovery actions.”

Governor Whiteside added that the Bank will be having discussions with the Ministry of Finance and financial institutions and will be announcing further details shortly.