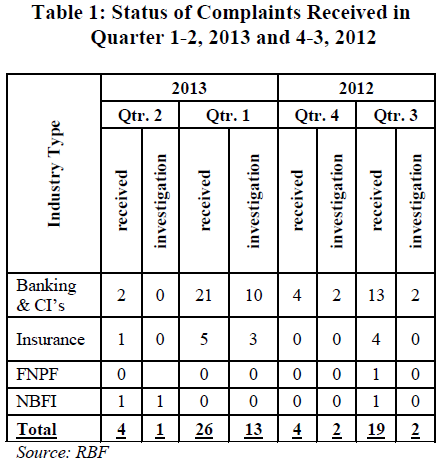 Majority of these pending complaints are with the complainants (4), LFIs (3) and being assessed by RBF (6).

For quarter 4 of 2012, 1 complaint is currently being assessed internally by the RBF and the other is with the complainant for their response.

The natures of complaints received by the RBF on the banking industry were mainly on lending, mortgagee sale, interest rates and fees/charges (Table 2). 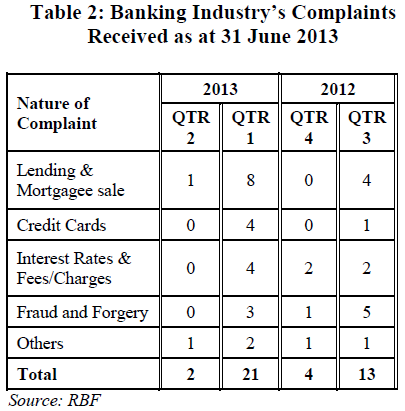 The complaints received by the RBF against the insurance industry were mainly on declinature of insurance claims by the insurers due to non-disclosure of material information (Table 3). 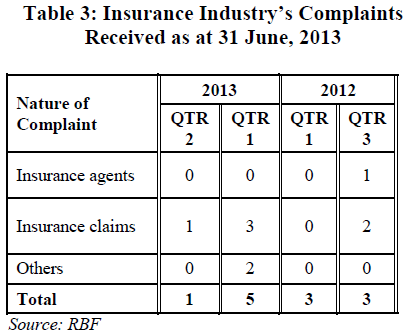 The 3rd Complaints Management Forum is tentatively scheduled for 18 July 2013.