The purpose of this report is to provide an update on the complaints that the Reserve Bank received at Quarter 1, 2014.

Majority of complaints received were for banking fees and charges, visa card charges, loan processing or repayment options, mortgage related complaints, terms and conditions of insurance policy and declinature of insurance claims due to non-disclosure of material information.

The Reserve Bank will work closely with Licensed Financial Institutions to effectively manage and resolve complaints. 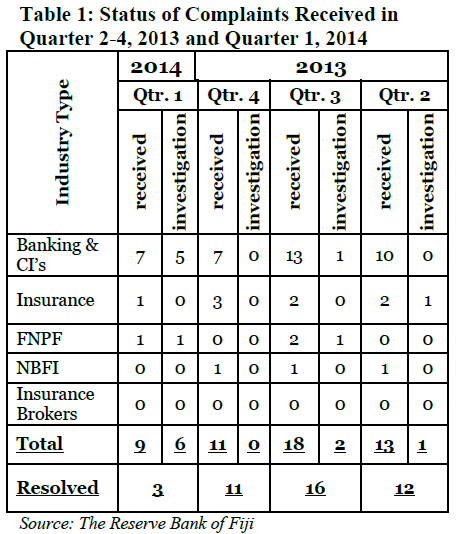 Similarly, for Quarter 1 of 2014, 6 complaints are with the LFIs. These complaints were on fees and charges, mortgage documentation, allegation of fraud and loan processes.

The nature of complaints received by the RBF on the banking industry was mainly on lending, mortgagee sales, fees/charges and Fraud (Table 2). 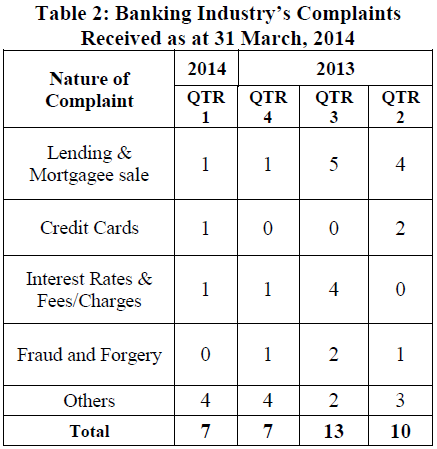 The complaint received by the RBF against the insurance industry was on allegation of fraud. (Table 3) 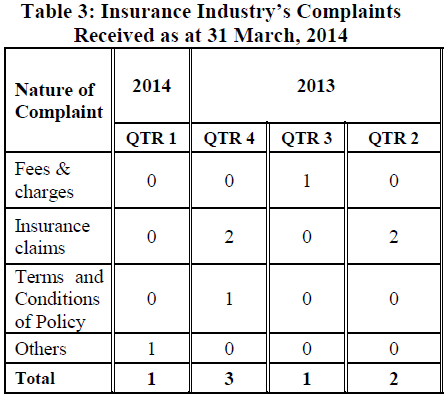 In the quarter, RBF held 9 meetings with financial institutions. These meetings were on issues raised by complainants and on ways to resolve them.

The first Complaints Management Forum meeting was held on 4 April 2014.