Senior Advisor at the Reserve Bank of Fiji 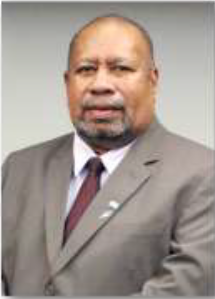 The Reserve Bank of Fiji has announced the executive appointment of Mr. Inia Naiyaga as Senior Advisor to the Governors’ Office on 1 September 2009. Apart from his advisory role, Mr. Naiyaga will also have oversight of the Financial Institutions Group; Financial System Development and Compliance Group.

He was educated at Ratu Sir Lala Sukuna Memorial where he was the dux of the school. He obtained his Bachelor of Arts degree in Accounting from the University of the South Pacific. He is chartered accountant by profession. Mr. Naiyaga has worked on Government Committees regarding national issues like Anti Money Laundering and Y2K. He was a past President and served on the Executive Council of the Fiji Institute of Accountants.

Mr. Naiyaga joined the Reserve Bank of Fiji in 1974. He has held managerial positions in the Bank as Internal Auditor and Manager Exchange Control. In 1989, he was promoted to Chief Manager (Exchange Control) and has held a number of senior executive roles since then as Chief Manager (Financial Institutions), General Manager (International) and Senior General Manager (Supervision, Banking and Corporate Services).

Mr. Naiyaga recently returned to the Reserve Bank of Fiji after a five year secondment to the National Reserve Bank of Tonga as its Deputy Governor. Mr Naiyaga is a career central banker with nearly 35 years experience of which 20 years is at senior management level.