Devaluation has brought about improvement in foreign reserves and liquidity

Mr. Sada Reddy, Governor of the Reserve Bank of Fiji, is pleased to announce that the devaluation and related measures put in place since 15 April have brought about an immediate improvement in the level of foreign reserves and commercial banks’ liquidity.
In making this announcement, Mr. Reddy elaborated that foreign reserves which were $441 million prior to devaluation, have been steadily increasing and were $591 million on 28 April 2009.

At the same time, there has been a rapid improvement in the liquidity of banks i.e. the amount of money available for the banks to lend. The current level is about $102 million. The banks’ liquidity reached a critically low point of $15 million in late March.
Governor Reddy said, “The policies put in place recently to preserve Fiji’s foreign exchange, together with the commercial banks’ support and cooperation in lending to priority sectors, will ensure further improvements in the Fiji economy”. 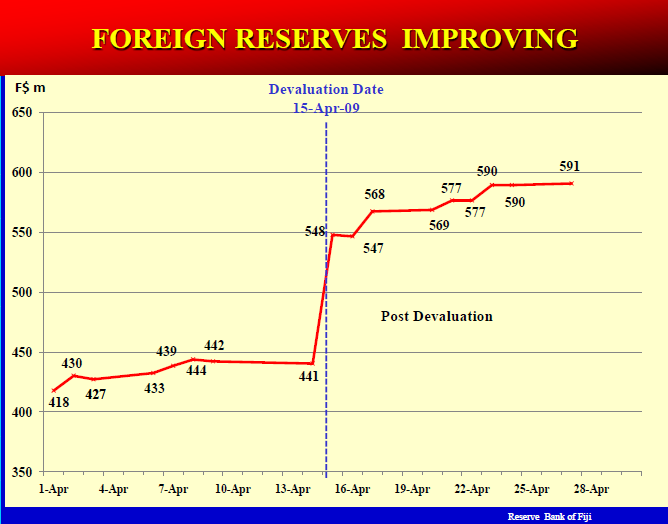 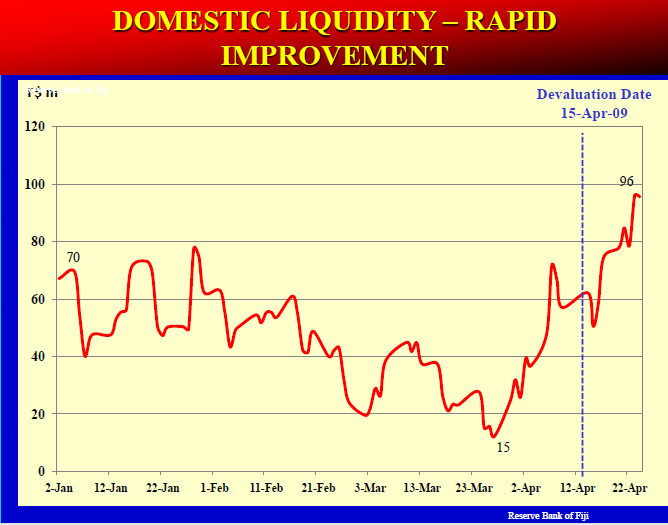