The Reserve Bank of Fiji is reducing the interest rates on its lending to the commercial banks. The Governor, Mr. Savenaca Narube said “The reduction in interest rates is a short term response to the significant tightening in liquidity which has been brought about by the decline in Fiji’s foreign reserves.

Commercial banks will now be able to borrow from the Reserve Bank at these lower rates. For instance, the secured borrowing rate will be reduced from 6 to 3 percent and unsecured borrowing from 16 to 11 percent. This will assist commercial banks manage their liquidity in the short term which may help facilitate economic rebuilding after the recent floods”.

However, the Governor added that due to our foreign reserves position, liquidity will remain tight which may put upward pressure on interest rates in the medium term. These changes are effective immediately. The revised interest rates at which commercial banks can borrow under the various facilities are attached. 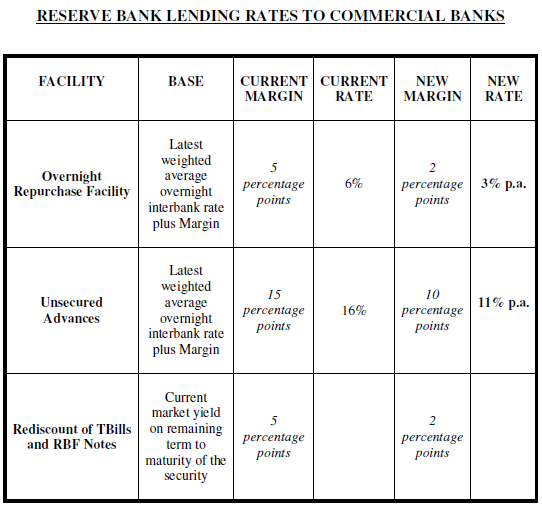