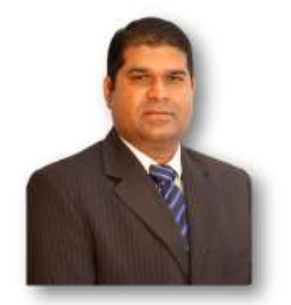 The Reserve Bank of Fiji is pleased to announce the appointment of Mr Ariff Ali as the Deputy Governor with effect from 27 May 2014.

Mr Ali has 22 years of service with the Bank, having joined the then Research Department in 1992. In 1997, Mr Ali was appointed Manager Liquidity Analysis and Forecasting in the Markets Division. He was promoted to Manager Domestic Markets in March 2002. He has also acted as Chief Manager, Financial Markets from 1 July to 31 December 2003. In 2005, he served on Executive Attachment with the Financial Institutions Group and the Economics Group. He was the Team Leader for the FIJICLEAR real time gross settlements system project from March to December 2007. On 28 December 2007, Mr Ali was transferred to the Economics Group as Senior Economist Prices & Wages. On 1 April 2009, he was appointed as Chief Manager, Financial Markets Group. Mr Ali has been the Chief Manager Economics since April 2013. During the last two years he has acted as Deputy Governor on a number of occasions. He has represented the Bank locally and abroad and has undergone numerous specialised central banking training overseas.

Mr Ariff Ali obtained his Bachelor of Economics (Honours) Degree from the International Islamic University, Malaysia and a Master of Business Administration from the University of the South Pacific, Fiji.

In announcing this appointment, the Governor and Chairman of the Board, Mr Barry Whiteside, said that the Bank was pleased to have Mr Ali to take on this vital role as he brings with him a wealth of central banking experience. The Bank looks forward to the contributions of Mr Ali and wishes him well in this challenging role.