The Reserve Bank has recently reviewed its exchange control policy and has made changes to the current delegation of foreign exchange transactions to Authorised Foreign Exchange Dealers. These come into effect immediately.

The changes include the increase in delegated limits in certain categories and delegation up to certain amounts for transactions that previously required Reserve Bank approval. One of the main relaxations is the increase in travel allowances from $5,000 to $10,000 and the increase in credit and debit cards limits from $10,000 to $15,000.

The Deputy Governor of the Reserve Bank, Mr. Sada Reddy, explained that the gradual recovery in the economy this year and further growth expected next year has allowed the Reserve Bank to review and ease exchange control policies this year. The current relaxations are in addition to the relaxation in relation to advance import payments to $1.0 million announced last month.
Details of the policy changes are attached. 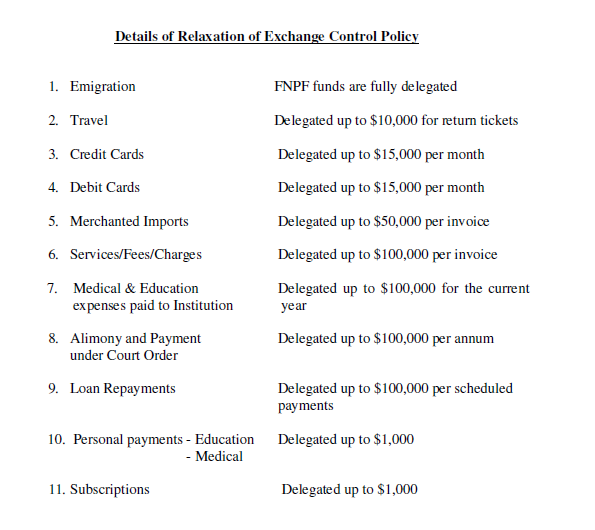