The Financial Intelligence Unit (FIU) hosted four FIU officers from the Solomon Islands, Papua New Guinea and Samoa from 30 October to 3 November 2017. The Pacific FIU officers underwent an intensive program on understanding the financial analysis and intelligence development framework, importance of networking and the regulatory role of the FIU. The officers also had an opportunity to interact with some of the FIU’s local stakeholders, namely, the Fiji Police Force, Fiji Revenue and Customs Service, ANZ Bank, FEXCO Western Union, and experience the intelligence and networking system in Fiji.

The feedback received from the participants in previous years has been overly positive. They have reported a great impact of the attachment programme on their professional capacities, as well as considerable improvement of the statistical records, analysis of suspicious transaction reports, anti-money laundering reporting and cooperation with other FIUs in the region. We are grateful for the Fiji FIU for its continuous commitment to strengthen the capacity of their sister agencies throughout the Pacific”.

One of the attaches, Ms Naite Lolenese who works as an Analyst with the Samoan FIU said that she had found the attachment very useful, particularly, learning new methods and techniques on how to analyse suspicious transaction reports and mitigating money launderings risks, and the importance of building good relationships with relevant stakeholders for information sharing. 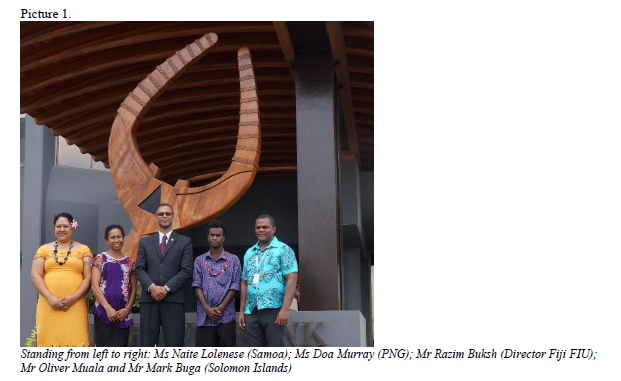 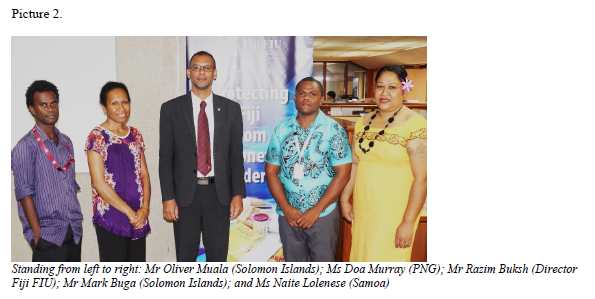