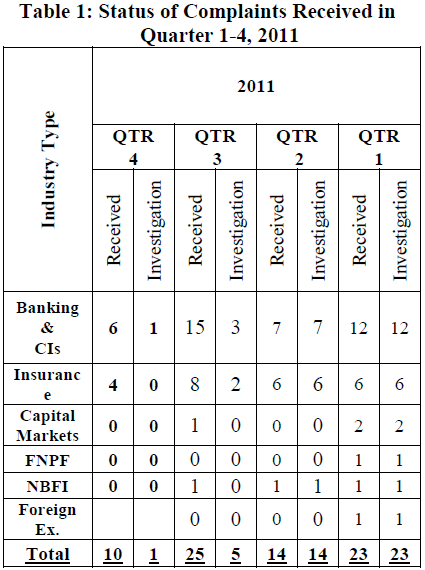 The number of complaints received by the RBF on the banking industry for Quarter 4 was mainly on interest rates and fees/charges and fraud and forgery (Table 2). 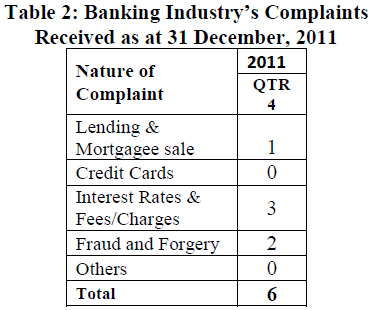 The complaints received by the RBF against the insurance industry were mainly on insurance claims (Table 3). 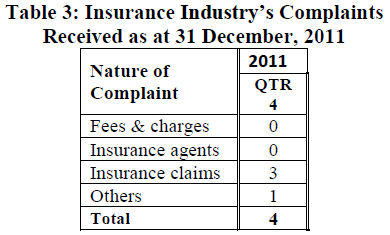 In Quarter 4, RBF held six (6) meeting with financial institutions. These meetings were on issues raised by complainants and the ways to solve them.