The majority of complaints received were related to the banking and insurance sector (Graph1). 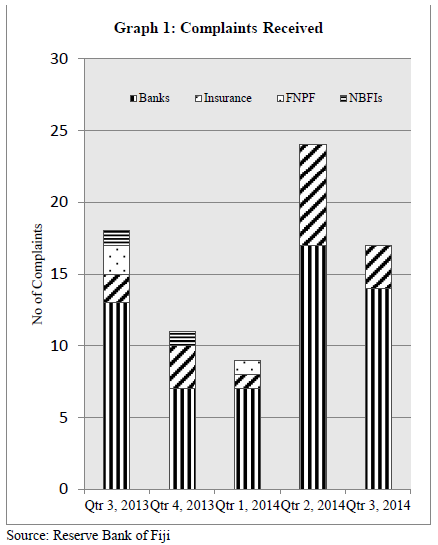 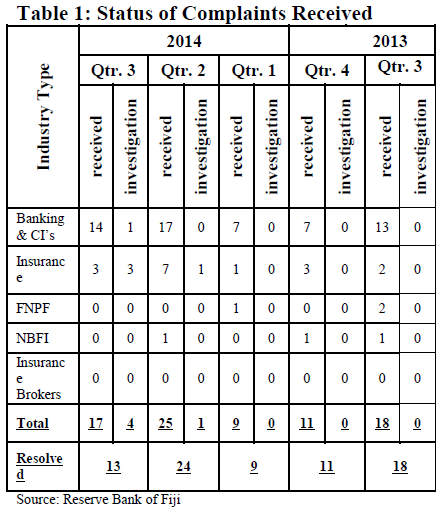 In the review quarter, 4 complaints remained unresolved. Of this, 3 complaints have been forwarded to LFIs for clarifications while 1 complaint is currently being assessed by RBF.

The complaints received by the RBF against the insurance industry were on surrender of life insurance policy, motor vehicle claims and medical insurance claims (Graph 2). 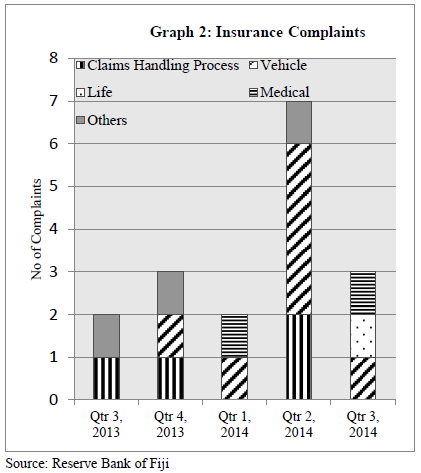 The nature of complaints received by the RBF on the banking industry were mainly on lending and mortgage, verification on deposits and system (Graph 3). 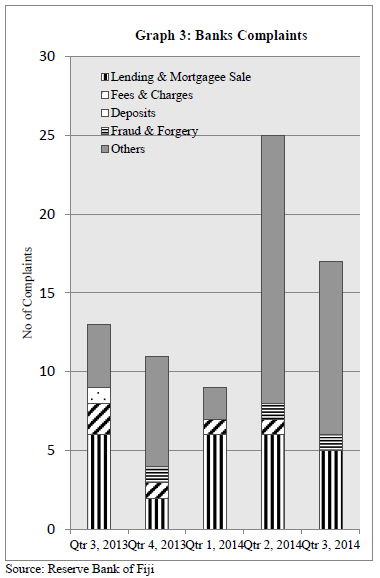 During the quarter the RBF held 13 meetings with complainants. These meetings were convened to address concerns raised by the
complainants.

In the quarter, RBF held 7 meetings with financial institutions. These meetings were on mediation and clarification on issues raised by
complainants.

The final Complaints Management Forum meeting is scheduled for 10 December 2014.