Growth in the world economy slowed for the third consecutive year in 2013 as most advanced economies struggled to recover from a slump, while performances of emerging market economies moderated considerably due to tighter financial conditions and weaker domestic demand. Consequently, the International Monetary Fund (IMF) revised global growth projections downward four times during the year, and highlighted the need for continuation of supportive macroeconomic policies to sustain recovery.

The global economic activity started picking up in the second half of the year led by improved demand in advanced economies and China, and the subsequent export led rebound in other emerging market economies. As per the IMF’s latest assessment, the global economy expanded by 3.0 percent in 2013 from 3.2 percent growth in 2012. 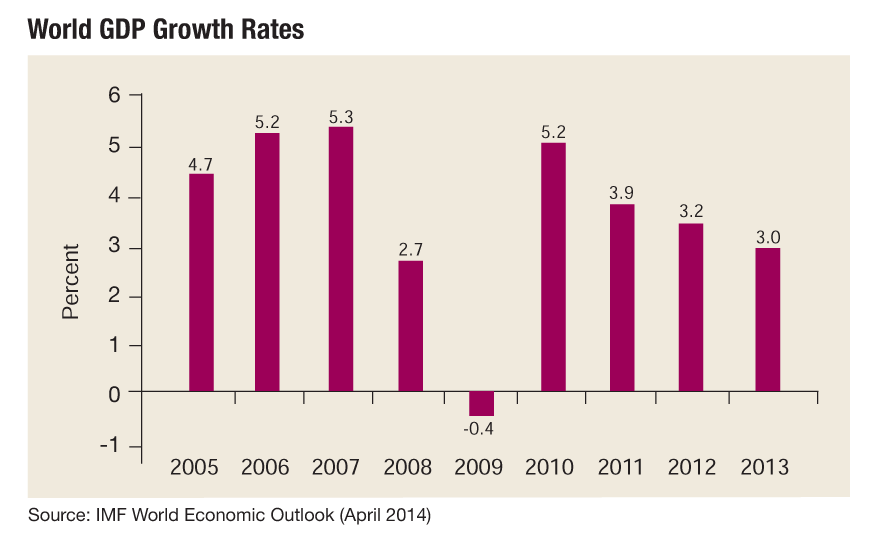 Aside from the Euro zone, performances of Fiji’s other major trading partner economies were positive in 2013.

As one of the major highlights of the year, the United States (US) economy performed better than expected, despite uncertainty linked to the partial Government shutdown and concerns of fiscal tightening. The US economy grew by 1.9 percent in 2013 as domestic demand picked up, resulting in the unemployment rate falling to 6.7 percent at the end of the year. With these developments, the US Federal Reserve decided to taper its bond-buying program from US$85 billion to US$75 billion a month, beginning January 2014. The federal funds rate was maintained at 0.25 percent for the entire year to stimulate recovery in the economy.