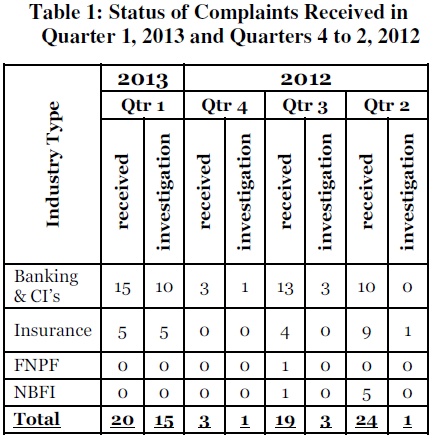 The nature of complaints received by the RBF on the banking industry was mainly on lending, mortgagee sale, interest rates, and fees/charges (Table 2). 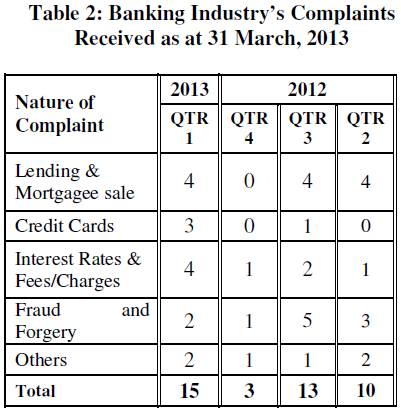 The complaints received by the RBF against the insurance industry were mainly on declinature of insurance claims by the insurers due to nondisclosure of material information. (Table 3) 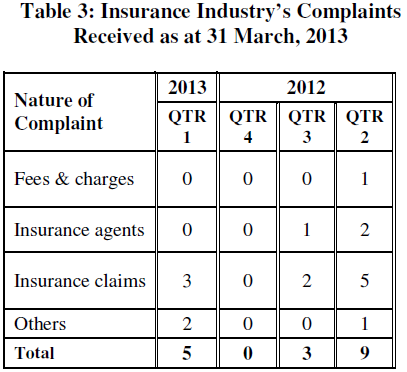 World Consumer Rights Day – 15 March 2013
The RBF was invited for a presentation and as a panelist on the topic “is there a need for Independent Financial Commission?” Chief Manage FSDC represented the RBF.