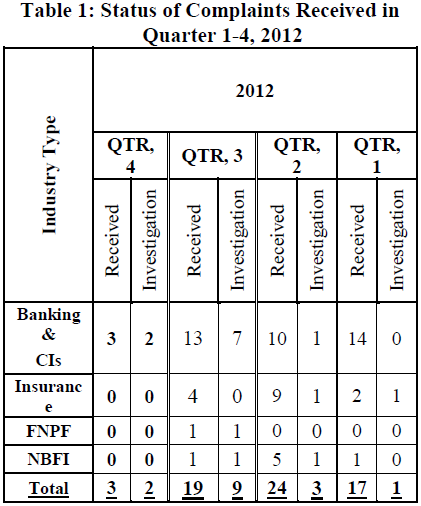 The number of complaints received by the RBF on the banking industry was mainly on interest rates and fees/charges and fraud and forgery (Table 2). 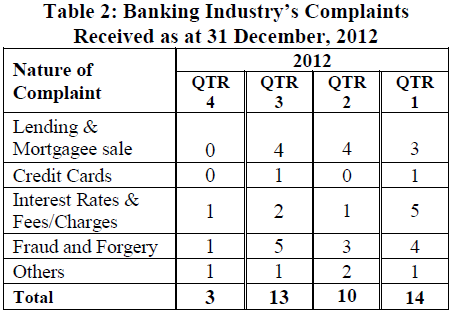 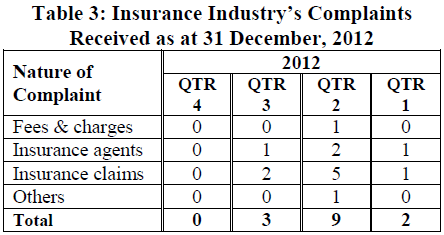 The Complaints Management Forum was held on 14 December 2012.